system message
To ensure the best navigation experience, we use cookies on our site.
Learn more
OK

From Heraklion, we rode through Gazi up until the Monasteri Panagia Kavalara on to Krousonas Village through only dirt paths and off-roads.

From Krousonas we continued up until we reached the mountains off road paths filed with snow at an altitude of about 900 meters.

From there we followed the tracks onwards towards Vromonero but about 500 meters before the main group of motorcycles had to stop due to the snow and ice.

The Honda CRF300L Being the only motorbike capable  to ride on snow and ice i continued on further through Halasia Gorge and reaching eventually the plateau of Vromonero at about 1300 meters altitude.

After leaving Vromonero we decided we would ride towards the village Gonies but again found ourselves blocked from the ice and snow.

In the end we rode to the village of Krousonas where we found a small Kafenion called Karampoutze. We sat down had a few drink and some traditional Food and headed on our way home through the main road of Krousonas towards Heraklion straight and easy. 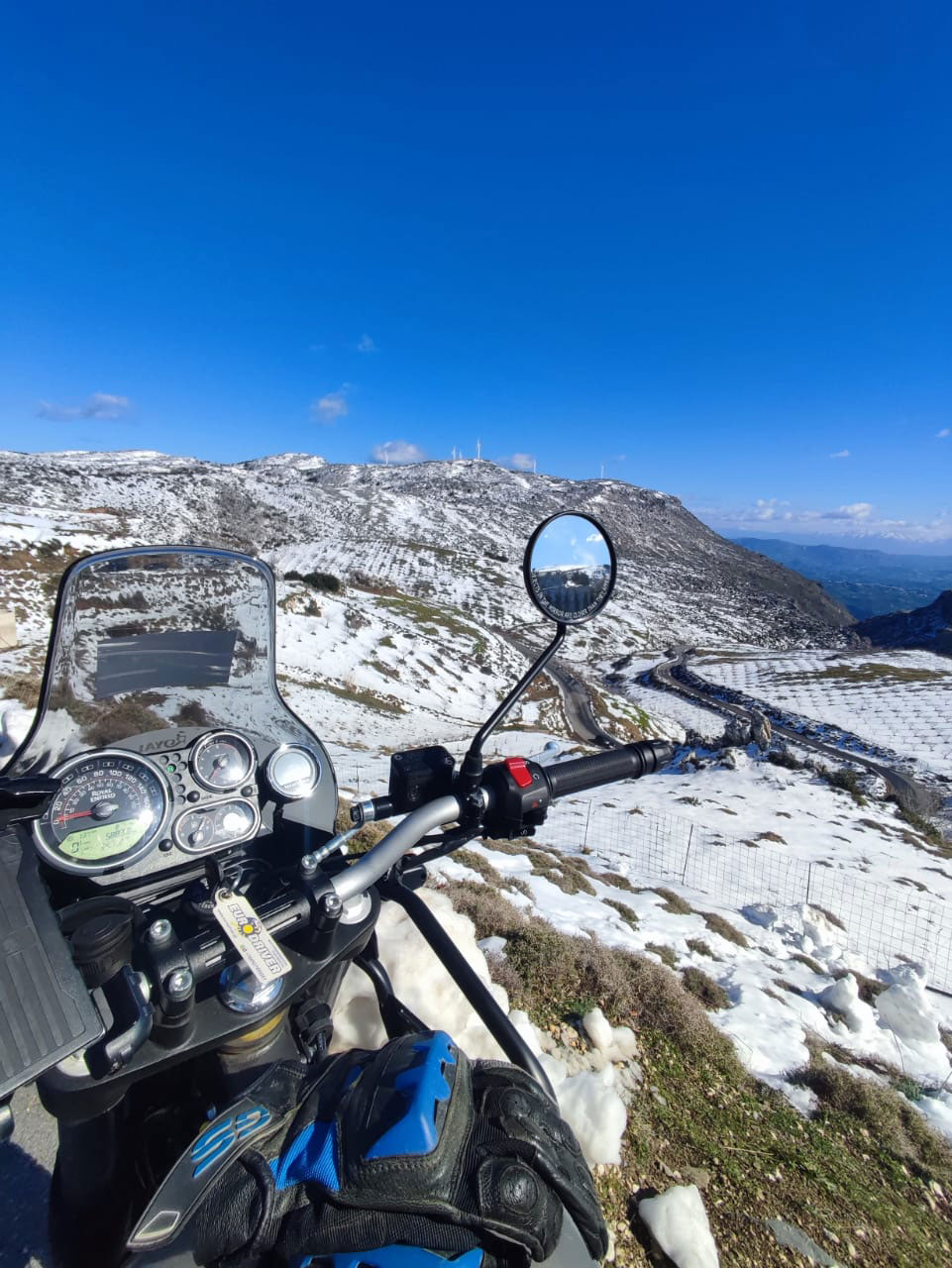 The motorcycles of our choice where the Honda CRF 300L and the Royal Enfield Himalayan both motorcycles had no problem navigating through the hard packed Stoney paths or even the slippy full of mud hill climbs.

The biggest difference was in the snow where the Crf300l would just keep riding through it.

Bellow you will find the original Plan of the Day. The terain is for riders who have experience riding off road.